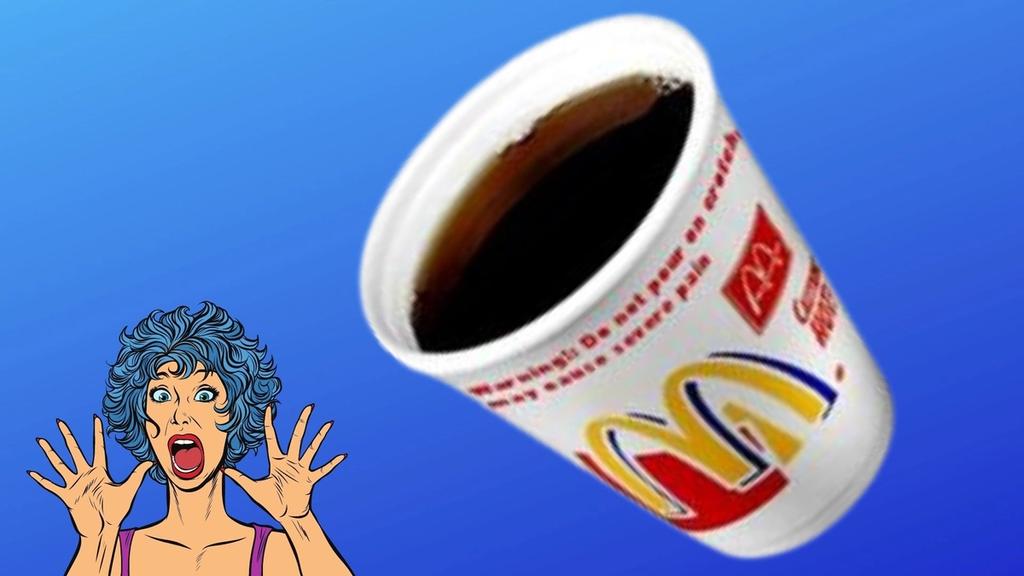 The 1992 court case commonly known as the McDonald’s Hot Coffee case may still be the most misquoted court case of all time.

As a personal injury lawyer since 1985, I feel like I've had to explain and even defend that case my whole legal career. In a nutshell, it's a case about a nice old lady who was out for a drive with her grandson, who suffered horrific burn injuries to her private parts and was then unjustly vilified by big business and the insurance industry.

What are the real facts of the case?

Here are some real facts that you probably didn't know:

This nice old lady had a name, but you never hear it. Her name was Stella Liebeck. She was 79 years old when the accident happened. Here's a photo of her:

Stella was out for a ride with her grandson when they went to the McDonald's Drive-Thru to get some coffee and breakfast. Stella was sitting in the passenger's seat of the 1989 Ford Probe which did not have cup holders. After receiving their order her grandson pulled into a parking spot at the McDonald's. They were parked when this happened.

Stella held the cup of coffee in her lap and attempted to remove the top in order to add cream and sugar. (McDonald's doesn't add cream and sugar, you have to do it yourself). The top of the coffee popped off and the scalding liquid poured into her lap, soaking into the cotton sweatpants she was wearing, causing her to suffer severe and excruciatingly painful third-degree burns to her groin, thighs, and buttocks. She jumped out of the car while trying to remove her burning sweatpants and went into shock due to the pain. Her grandson rushed her to the nearest emergency room.

Stella underwent multiple surgical skin graft surgeries and was initially in the hospital for eight days. Her burn doctor recommended she not leave the hospital, but after eight days she was afraid of the mounting bills and worried that couldn't afford it. When it all was said and done, her medical bills were almost $200,000.

I was going to include a photo of Stella's burns in this article, but they are too disturbing to look at. During her recuperation Stella lost 20 pounds (nearly 20 percent of her total body weight), reducing her to a mere 83 pounds. After she left the hospital she needed full-time care for three weeks, she suffered permanent disfigurement to her lower body, and was partially disabled for two years.

What facts did the public hear about the case?

The headlines from this trial made Stella out to be a villain. One television anchor reported that Stella was "awarded 2.9 million dollars" simply because "her coffee was too hot", as if it was something she had undeservedly won on a game show. She became the ridicule of all the late-night talk shows. There was a media frenzy about how unfair this was to McDonald's and what a greedy crook Stella was. The case became the poster child of a massive "tort reform" movement by big business and the insurance industry to stop what they called "frivolous lawsuits". To this day people still use "the McDonald's coffee case" to refer to any case where the plaintiff receives a large verdict. In short, it was a publicity bonanza for big business and the insurance industry.

Was Stella Liebeck a greedy plaintiff?

There is no evidence that Stella Liebeck was a greedy plaintiff. In fact, the evidence showed just the opposite. The facts are that Stella had never filed a lawsuit before in her life, and she didn’t want to file this lawsuit, but McDonald’s refused to help her pay any of her medical bills.

Before the trial, a court mediator suggested that a fair settlement of the case would be $225,000 but McDonald's refused to settle. I should point out that McDonald's, which is a billion-dollar worldwide corporation, did at one point make a settlement offer of $800.

Did McDonald's do anything wrong?

McDonald's lost the case on August 18, 1994. In fact, McDonald's lost big time. Since McDonald's refused to settle the case, it went to trial and an impartial jury (who had probably all enjoyed a meal at McDonald's) listened carefully to the evidence put on by Stella's lawyer and by the team of corporate lawyers from McDonald's.

Here is what the evidence showed:

· McDonald’s had over 700 prior coffee burn claims filed against it before Stella's claim and the corporation was well aware that its coffee was burning people all over the country. It had already paid out over $500,000 due to prior burn injuries.

· McDonald’s intentionally heated their coffee up to 190 degrees Fahrenheit despite the fact that it knew other restaurants only heated coffee to a safer temperature of about 160 Fahrenheit. McDonald’s coffee was so scalding hot it was capable of burning your skin right off your body, as well as causing muscle and bone damage, in just 2 seconds.

· McDonald’s tactic, in this case, was to blame Stella for her injuries claiming she didn’t take her pants off fast enough when the coffee spilled on her. It also argued that "Mrs. Liebeck's age may have caused her injuries to have been worse than they might have been in a younger individual," since older people’s skin is thinner.

· During the case McDonald's own quality assurance manager was forced to admit that the corporation was well aware of the risk of serving dangerously hot coffee, but stated the corporation still wasn’t going to do anything about it.

After careful deliberation, the jury found McDonald's liable because the jury believed McDonald's had engaged in "willful, reckless, and malicious conduct". The jurors rendered a punitive damage award of 2.7 million dollars against McDonald’s. (This was the equivalent of just two days of coffee sales. At that time McDonald's Corporation generated revenues in excess of 1.3 million dollars a day just from the sale of its coffee, selling 1 billion cups each year.)

What happened in the end?

When the jury verdict came out McDonald's and their giant insurance company and the industrial media machine behind them used this case to make it look like juries were out of control and that people were filing frivolous lawsuits to become millionaires.

McDonald’s team of high-paid lawyers appealed the jury's verdict and the 2.7 million dollar verdict was lowered to just $480,000. After paying her attorney’s fees, trial costs, and her medical bills, Stella was left with very little. Stella died on August 5, 2004, at the age of 91. According to her daughter, "the burns and court proceedings (had taken) their toll" on her, and in the years following the case her mother had "no quality of life".

Needless to say, the McDonald's Corporation and their lawyers have all gone on to make a fortune. The humble jury in Albuquerque New Mexico who heard the evidence and decided this historic case was mad at McDonald’s because of its callous attitude and total disregard for the safety of its customers. But the McDonald's corporate money turned the narrative into quite a different tale that you still hear about in this case today, “This lady spilled coffee on herself and become a millionaire.”

Epilogue: Despite knowing its coffee is hurting people all over the country, McDonald's has not reduced the service temperature of its coffee and sells it at temperatures up to 194 degrees.

For more facts, go to any of these links:

If you need a referral to a great personal injury lawyer, send me a message and I will personally get right back to you.

If you found this article interesting I hope you will share this post with your family and friends, and ‘SUBSCRIBE’ to this blog. Your support helps grow our community and allows us to help others like you who are looking for reliable legal information.